The time to innovate is now. It is widely understood that the current global economic downturn is one of the most severe of the past 100 years, writes Robert Clay of Marketing Wizdom.

While some believe that people (and the media) talked the downturn into existence, the realities must still be acknowledged. Major banks and financial institutions have collapsed and many have been partly nationalised. Global stock markets are extremely volatile. Chrysler and General Motors—not so long ago the world’s largest company—had to have major government handouts to survive past the end of 2008. Both have since entered Bankruptcy.

Even Toyota, for years one of the world’s most profitable companies, is making heavy losses for the first time in more than 50 years. Institutions like Citibank and BT have fired tens of thousands of people. Well known names are disappearing for ever. Entire industries are consolidating and regrouping. These things are happening. They can’t be ignored.

Effects of the economic downturn

We recently asked over 3,000 small to medium sized businesses to respond to a survey, and discovered that while some are still unaffected by the downturn, the majority are already feeling the effects, in some cases severely. Here are some of the most critical problems and issues uncovered by the survey:

These factors already affect a huge number of businesses, and there is no real sign that the downturn will end anytime soon. You therefore need to recession-proof your business and get your marketing house in order … right now.

In less than a year buying and consumption patterns changed forever; demand is dropping rapidly in many business sectors; entire nations are being refinanced.

What worked a year ago may not work any more. Whatever you thought you knew a year ago is probably now out of date. Much that will have been familiar to you (including your own business) may have to go through a process of reinvention and could therefore change beyond recognition in the next few years, if it hasn’t already happened.

Now’s the time to step up your marketing

Many people in business, faced with a recession, simply batten down the hatches and cut all their marketing expenditure. But that’s one of the biggest mistakes you can make. A famed study conducted by McGraw-Hill of both the 1974-75 and 1981-82 recessions, found that companies that cut their marketing in the 1981-82 period increased sales by only 19% between 1980 and 1985. However, those companies that continued their marketing during the downturn enjoyed a 275% sales increase over the same period.

Another report titled “How marketing in recession periods affects sales,” examined the relationship between marketing and sales in 143 companies during the severe downturn in 1974-1975. The study found that those companies that did not cut their marketing in either of the negative growth years had the highest growth in net income during both the recessionary years as well as in the two subsequent years.

Similar conclusions were drawn in industry-specific studies published by the Harvard Business Review. The results of every study I have seen are consistent and clear — companies that continue to market during a recession end up with far greater sales than companies that reduce or eliminate their marketing activities.

While recessions can be tough for some businesses, they can also be the catalyst for innovation, which in turn can catapult small, unknown players to world prominence in their fields.

Tough times force people to innovate. Many of the innovations that have transformed the way we work and live in recent years have their origins in tough times. This is when fortunes are made as well as lost. And as long as you don’t carry the enormous baggage of a General Motors, it may well be possible to reinvent yourself and thrive as never before.

Take Apple. 12 years ago they were written off as a company that had no chance of survival. But instead of battening down the hatches, as so many others do, they invested heavily in R&D and marketing. They revamped their computers and came up with a better operating system and a better experience. In the US this year 30% of all computer expenditure has been on Apple computers. They changed the way the world enjoys music with the iPod. in 2007 they introduced their first ever phone, the iPhone. Just 15 months later it was already the world’s biggest selling smartphone.

Apple is today the world’s most valuable technology company. Its rapidly proliferating retail stores enjoy the highest sales per square foot of any retailer on the planet. They entered this recession as an entirely debt free company, with $25 billion in the bank and an already stellar growth curve that continues to accelerate while most other companies in their sector are experiencing their first ever downturn.

Reinvent yourself and thrive

There’s no reason why you can’t reinvent your business and prosper when everyone around you is battening down the hatches, and trying to weather the storm.

As a case in point, 2008 and 2009 have been exceptionally tough years for estate agents. Many have gone out of business, while others barely survive.

But I’ve worked with an estate agent who sees the current economic woes as a catalyst for change. He has completely reinvented what he does. He’s no longer an estate agent, but is still involved in the sale of properties using an entirely new approach which works in today’s changed marketplace. And he’s finding that people trying to sell properties can’t get enough of his new service. His innovation may even become the way ahead for an entire industry.

Every day I see clients innovating in the way they deliver their products and services and breaking records while their competitors go backwards.

For example, we recently spent £1,800 testing an email campaign for a vehicle leasing client. This generated 163 hot or warm leads. An extrapolation of the the responses from the first 60 leads indicates that there could already be up to 4,287 potential deals just from this test. This could be worth anything from £4-8 million in extra margins—a massive return on investment, particularly in today’s economy.

An economic downturn can be a problem for your business. Or it can be an opportunity to innovate, gain new clients and boost your sales — if you know and have mastered the sales and marketing methods that work best in times of recession.

Here are two FREE ways to discover the RIGHT marketing strategies to supercharge your business growth and build the business of your dreams:

Register here to attend my 90 minute FREE online training: “How I helped 442 business owners identify the RIGHT combination of marketing strategies to grow their revenues by an average of 628%” ... all by tapping into the “undiscovered” profit sources sitting right under their noses — and how you can easily replicate this system in your business.

Click here to start your FREE 7-day Stepping Stones trial: Join hundreds of other business owners who have described the “Stepping Stones” program as “transformational” and a “complete game changer.” Save years of frustration, as you discover key marketing principles that will ensure a consistent stream of high-quality leads into your business. Accelerate past the immensely frustrating trial and error stage as you discover which marketing activities will have the biggest impact on your growth (If you lack this information, getting it right can take years longer than most people expect). Discover the RIGHT order in which to implement them (and yes there IS a right order) and how combining them in the right way will give you the momentum you need to build the business of your dreams. For 23 years Robert Clay has helped business after business skip the immensely frustrating trial and error stage and figure out the answers they need to unlock their hidden potential; supercharge their business growth; become leaders in their niche; win major national awards; and build the business of their dreams. MEET ROBERT in this video and learn more about his journey from automotive innovator to business transformer.

This exclusive online training with Robert Clay reveals how you can tap into the “undiscovered” profit sources sitting right under your nose, and how you can replicate this system in your business, including:

Reserve your seat now for FREE 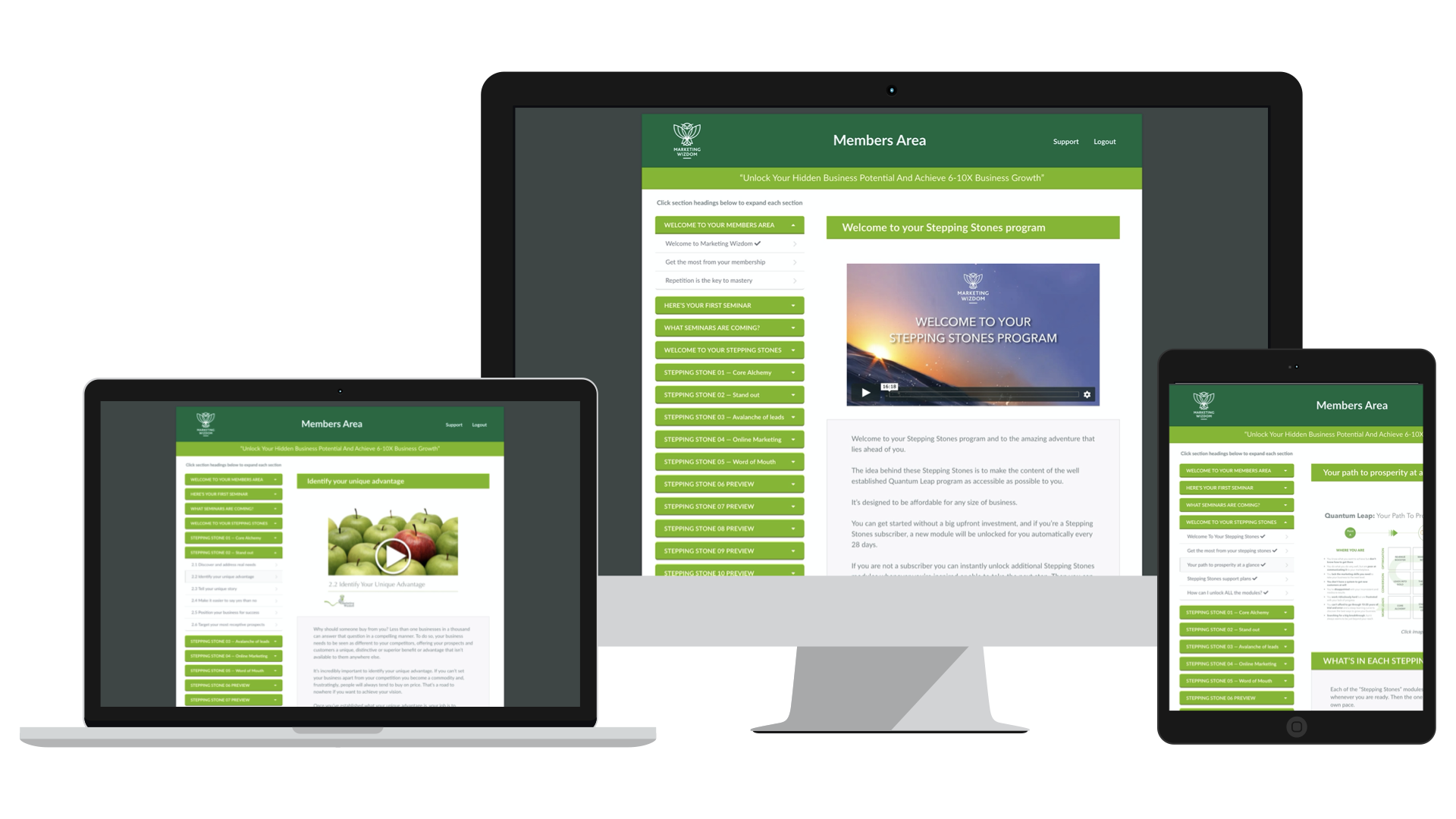 Join hundreds of other business owners who have described this transformational program as a “complete game changer.” ​